Today I decided to go to nearby Folsom to take a few pictures.

Folsom is an interesting place. It was founded because of gold in the American River. Its placement at the "boundary" of the Sierra Foothills and the Sacramento Valley made it an important geographic point. Folsom State Prison opened in 1880, made from the very granite that's so plentiful in the area. A powerplant, opened in 1895 and supplying Sacramento's first electricity, sealed the existence of a boomtown that would otherwise go bust.

As always, click on the pictures to enlarge them. 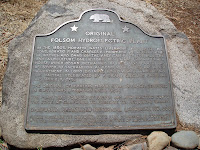 My first stop was the Old Powerhouse, which provided electricity to Sacramento for almost 60 years.

You should really click on this next picture and admire the images it contains. The explanations are extremely interesting, too. I never knew that Sacramento owed its electricity to forced labor from Folsom Prison--yes, that Folsom Prison. I apologize for the funky perspective--it was necessary to avoid glare and keep the text readable. 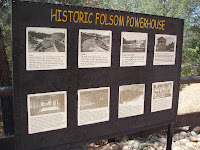 Obviously I got this image from Google Earth. It should be clear what I've added to the image, and how this picture complements the previous one. 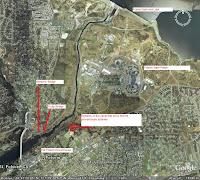 In this next picture, also from Google Earth, I've pretty much centered the old powerhouse. The two small bridges to the northeast are the Rainbow Bridge on the left, built in 1917, and the Truss Bridge on the right, built in the 1890's. 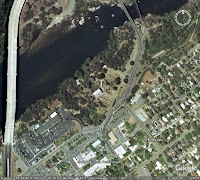 Here's the exterior of the powerhouse, looking much like it did in the old pictures. The penstocks (shown below) are in the bright part of the building behind the brick. 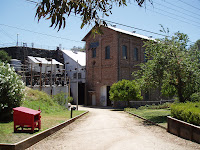 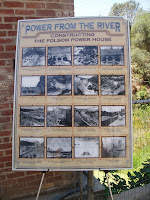 Here's one of four penstocks, which fed one of four turbines (at the bottom), that turned one of four generators, that each generated 750 KW of electricity. That penstock is 8 feet in diameter. That's a lot of water. 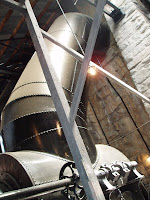 Here are two of the generators in the brick portion of the building. 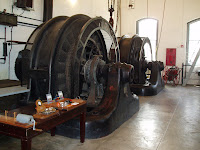 It's a short walk from the Old Powerhouse to the old bridges. This is the view from the southern edge of the Truss Bridge. I assume the sign on it is a replica of an original from days gone by. 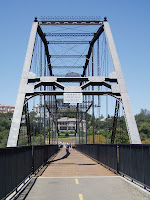 This is the Rainbow Bridge over the American River. When it was built in 1917, it was the 4th largest concrete arch span bridge in the world. Try not to pay too much attention to the graffiti. 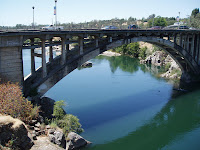 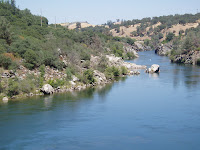 Looking east from the truss bridge, you can see the wall of Folsom Prison in the distance, as well as the remains of the canal that fed the powerhouse.

Moving back to historic Sutter Street, I saw this old picture of one of the street corners. 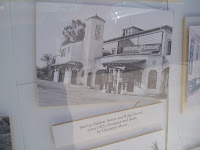 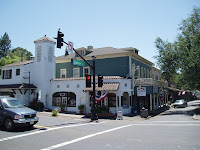 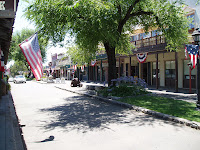 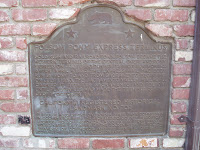 I did not know this about the Pony Express. I knew it ended in Sacramento, but didn't know that the "terminus" kept moving east as railroads were built here in the Valley.

As I said, gold is what gave Folsom its founding. Negro Bar and Mormon Island (they weren't so politically correct in naming places back then) were successful enough to bring non-blacks and non-Mormons to the area to establish the town. In any gold town, an assay office is critical. 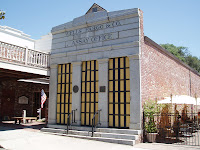 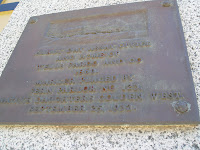 And of course, Wells Fargo is still around today.
Posted by Darren at 5:45 PM

But did you shoot a man in Reno, just to watch him die?

Cool pictures! I've never been to Sacramento. Must put that on the list.

When you do, be sure to look up your favorite (and cheapest!) local tourguide :-)