I went to Move America Forward 's Fight For Victory rally at the California Veteran's Memorial in Capitol Park today, but my post with pictures on that topic will have to wait. Instead, I have these three pictures from downtown Sacramento to show you. 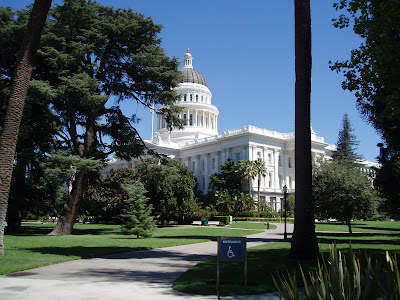 California's Capitol dome is majestic and the park beautiful, but I'll be honest--it just doesn't look so impressive now that I've seen the Capitol dome in Washington at relatively close distance.

I went for a short walk today, and at 8th and K came upon this construction site. 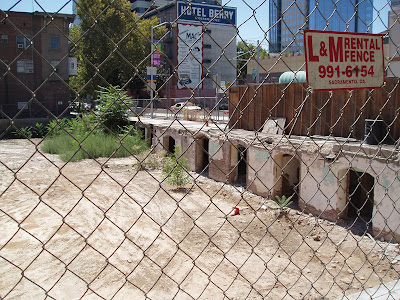 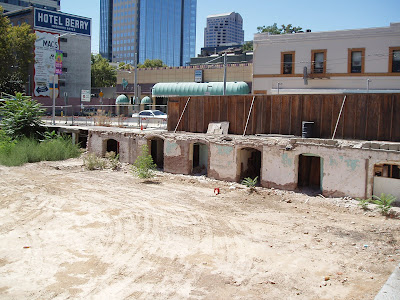 Notice anything interesting under the sidewalk? The catacombs of which I spoke in this post from two years ago! Those doorways represent the original street level of Sacramento, before the city was raised a floor to help combat flooding. I hadn't ever actually seen a part of the catacombs before, so stumbling upon this site was a treat.

As I said, pictures and commentary about the Fight For Victory rally are coming up.
Posted by Darren at 5:47 PM

Harrisburg is a pit. The Capitol, well, it has to be seen to be believed. But the city is, well, it's a hole.