Saturday Drive Along The River

Sacramento County has a funky shape. For the most part it's rectangular, but it has a long, thin "tail" on its southwestern corner. A look at a map will show that the county has a sliver, several miles long, hugging the Sacramento River. I'm ignorant of the historical reason behind this odd shape, but that lack of knowledge doesn't at all take away from enjoying a trip through this "tail", this "sliver", along State Highway 160, which I (and probably the locals, too) call the River Road.

On Saturday a friend and I left after noon, and our first stop was picturesque Courtland. What got our attention what this building, just down from the levee... 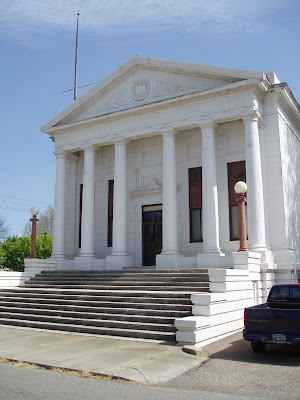 ...which turns out to be a courthouse. Why is there a courthouse here? This isn't a county seat. Hmmm. Something else for me to learn some day. 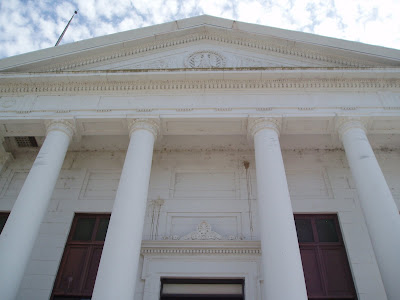 Here are two pictures of a camellia bush in bloom: 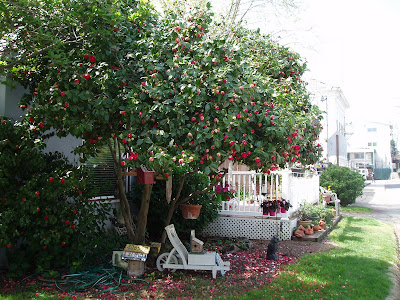 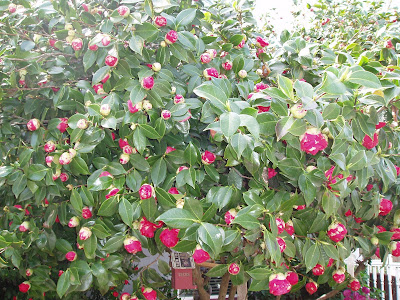 Before I show more pictures, let's talk about the drive. We here in Northern California like to build walls around our rivers. We call them levees, but they're walls. You see, the Central Valley has some of the most fertile farmland to be found on the planet, and it attracted enough folks here to build cities (such as my hometown of Sacramento). And we don't take too kindly to our cities flooding. So we have these very tall levees along the rivers, and the River Road is a two-lane road atop the levee. As I headed south, the river was on my right and towns/farmland was on my left.

As far as I can tell, there are only three sources of income in this part of the valley: walnuts, vineyards/wineries, and the river (houseboats, fishing, boating, etc). There's nothing else.

After Courtland we stopped in Locke, which was our original destination. You can see how high the levees are; I'm standing on the levee road, and behind me is the river. The towns front the levee road--probably a holdover from the old days--and businesses were built to be seen from that road. 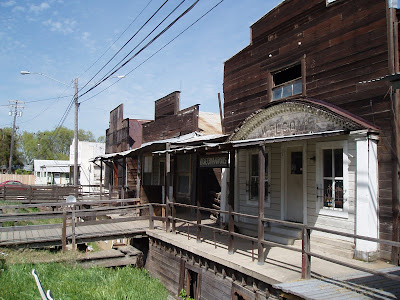 See the sidewalk at about 7:00 in the picture above? It leads to this stairway down from the level of the levee... 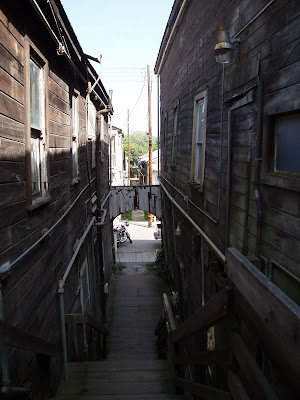 ...to the main street of Locke. This small town was originally settled by Chinese immigrants, and the town is today much as it has been for decades. 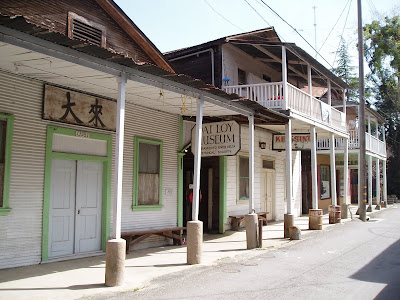 If the levee (behind the buildings on the left) breaks, you'd best be on the second floor! 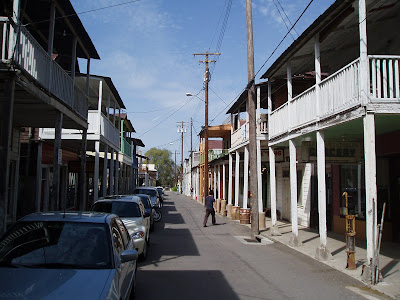 If you like historical plaques, here's one for you. 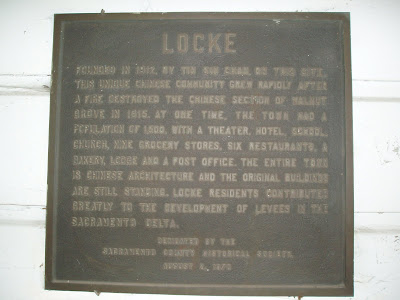 Extremely good lunch at the Chinese restaurant at the end of the street.

Shortly beyond Locke is Walnut Grove, where stand the antennas used by most of the Sacramento television stations. You can see that there are real houses in Walnut Grove, just beyond this small dock. Also notice how high the levee is--and it's spring runoff season, too. 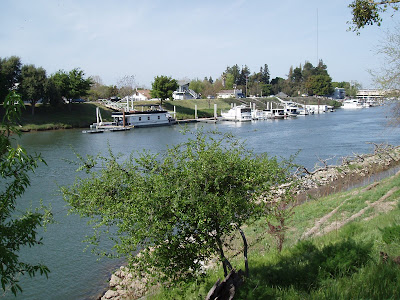 We crossed the river at Walnut Grove and headed north up the west side of the river. We passed this old mansion and had to stop for a few pictures. It strikes me as something out of Hitchcock, or perhaps the deep South. 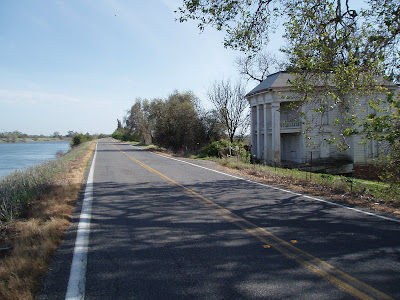 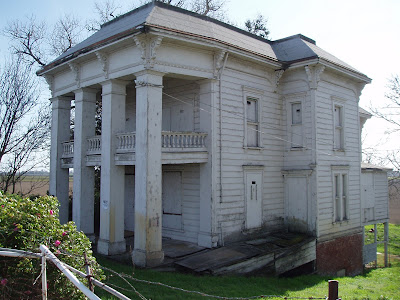 Note how even this mansion is raised almost to the level of the levee, like the frontage streets of the towns were.

OK, one more picture of the old house: 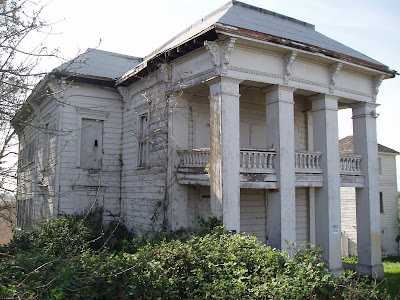 That was about it for travel. To see some of the pictures my friend took, check out his blog and drive up traffic there a bit!!!

Anyway, having more time left in the day, I headed to "the home" to visit my grandmother, who has Alzheimer's. Her face lit up as soon as she saw me; she told me she knew my face, but not who I was. I'm ok with that. She's going to turn 89 this year, and I'm lucky to have had her all these years. 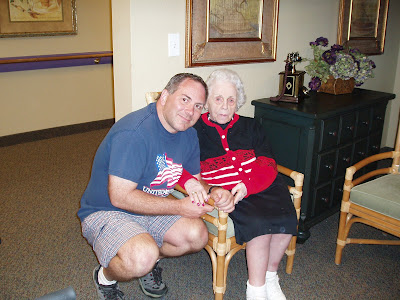 Do you ever wonder who lived in an old mansion like that? Or how long it's been abandoned? Or why whoever lived there, left? Or who owns it now? Is it just a dusty deed in some file folder somewhere, forgotten and unnoticed for countless years? And what might it be like to go inside and look around a bit. Who knows what kind of interesting history might be in there?

Yes, I do. That's why I took the picture. It's not just the house, it's the story the house could tell.

Someone owns it. There's not an inch of land, especially along the river, that some rich person doesn't own.

89 and with Alzheimer's, yet she remembers your face..that's quite the uplifting feeling, or so I would think.

The old mansion reminds me of the Birds. Or Psycho. I don't really know why.

As for the mansion--Psycho, even though it doesn't look much like the house in that movie. It's more the image it evokes.

Nice to see a picture of you darren and put a face with the name.

Nice little travelogue. Grandma's are to be cherished. One of mine made it into her early 90's.

Have a good week !