Pictures From The Trip 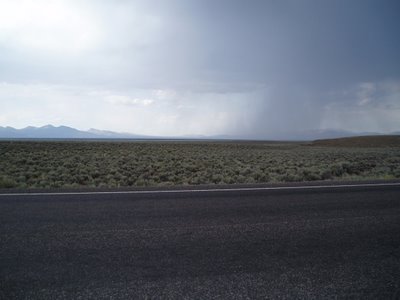 This desert rainstorm fell on Eureka County, Nevada. If you've never seen a rainstorm in the desert, you're honestly missing out. Blogger will probably shrink this picture so much that it loses its texture, but take my word for it--they're amazing occurrences. 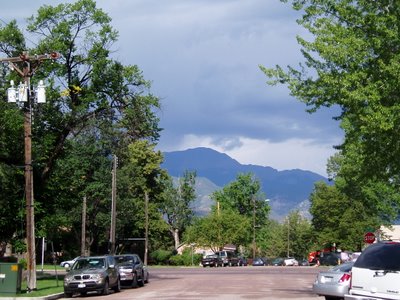 Pikes Peak looks much larger and taller in person. This view is from just a couple blocks north of Acacia Park downtown, just south of Colorado College. 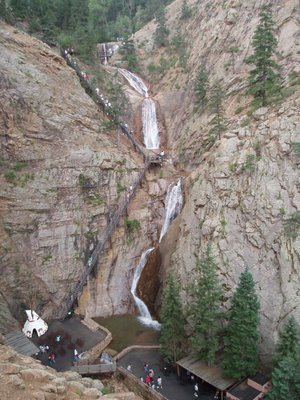 This is Seven Falls, just a stone's throw from downtown Colorado Springs. Count them--there are seven!

This is one of two herds/groups/flocks of Rocky Mountain Bighorn Sheep that we saw while driving up Pikes Peak. Firefox will let you zoom in on this picture more than Internet Explorer will.... 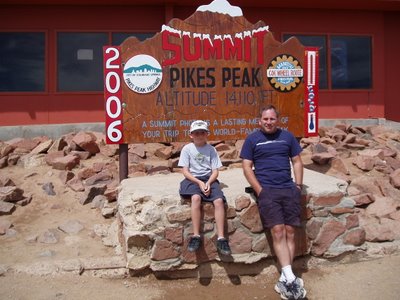 This one should be fairly self-explanatory. 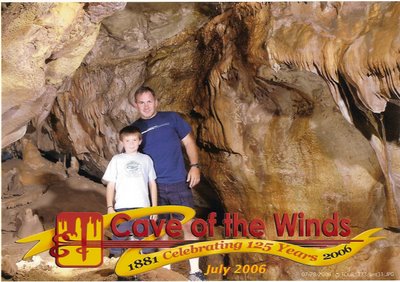 This is a "can't miss" stop on any travel itinerary in the Pikes Peak region. (And yes, I received permission from CoTW to post this copyrighted picture.) 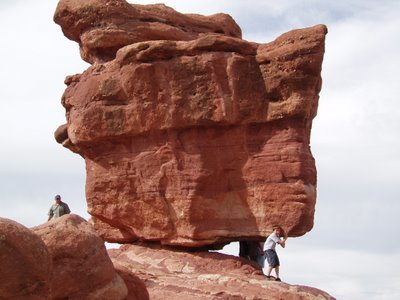 My son endeavors to hold up Balanced Rock, one of the smaller formations in Garden of the Gods. 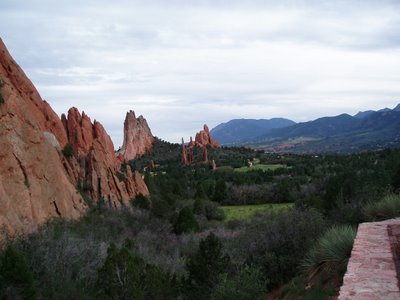 This is the classic postcard shot of Garden of the Gods. I have no doubt you won't be able to see the people on the paths, so judge the height of the rocks by the trees in the Garden. In the background is Cheyenne Mountain, home of NORAD. I read while I was there that the Air Force will close down the Cheyenne Mountain complex (I toured it as a cadet--amazing!) and move its operations to a different, probably above-ground facility. 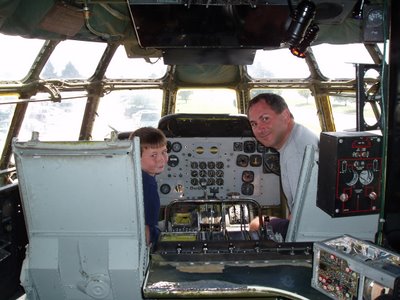 Solo's, a restaurant near the airport, has this KC-97 aircraft outside--you can dine in the fuselage, enjoy the cockpit, or both! 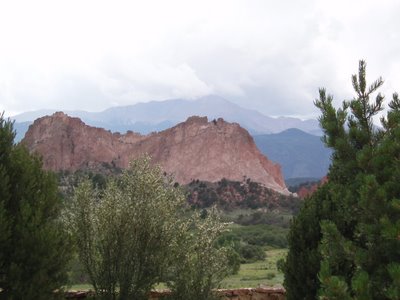 Pikes Peak towers over the Garden of the Gods, and indeed, all of Colorado Springs. 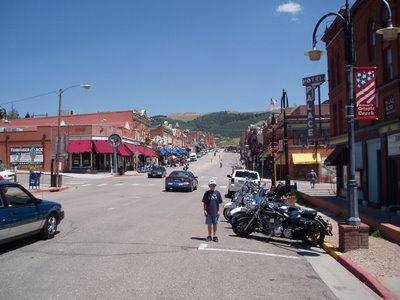 Looking north up Bennett Street, the main drag in Cripple Creek. Limited gambling has breathed new life into four former mining towns, including this one. 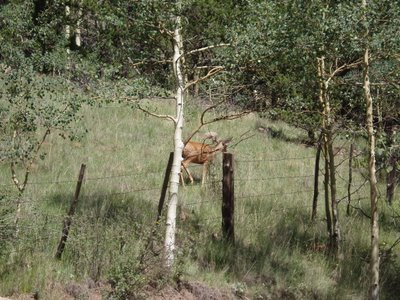 We saw this deer along the Gold Camp Road. 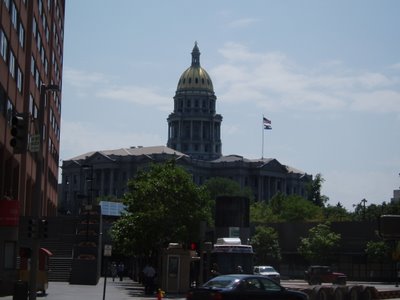 The Capitol in Denver. 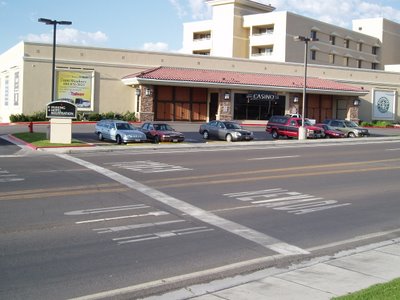 This line in the street separates Wendover, UT, from West Wendover, NV. Is there some state law that says that the casino wall has to be built on the state line???
Posted by Darren at 10:06 AM

Thanks for posting these wonderful photos, particularly the ones of Colorado, my home at an earlier time in my life. Did you walk up the front steps of the State Capitol to find the plaque that marks 5,280 feet above sea level? And is it my imagination, or was that photo snapped from near the Brown Palace Hotel?

It was kinda warm out, and since we'd just walked the length of the 16th Street Mall, my son didn't want to go see the plaque--but I saw it years ago!

As for the hotel, I'm not sure. I just know we were near the end of the mall.

Welcome to my blog!

Hi Darren- good to see your photos and Austin. What awesome scenery! What a good looking young man Austion is becoming! Thanks for sharing. -Lewallyns