It Was Good To Take Some Time Off

The last few days, I've been at the KOA at Feather Falls Casino in Oroville, CA.  You might have heard of Oroville, at least the dam and its spillway, as they made national news back in 2017.  It's hard to believe that almost 200,000 people were evacuated in that crisis.

There's not a lot going on in Oroville nowadays, at least downtown, as I saw empty streets and closed businesses.  The dam, however, is quite impressive, being the tallest in the US and yet younger than I am. 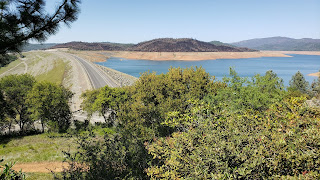 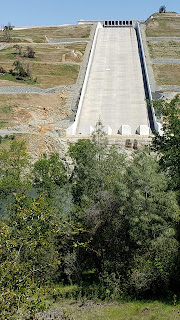 That's your new $400 million spillway.  Both the dam and the spillway can be seen at the southernmost point of the lake in this picture.

Well downstream of the dam, along the Feather River, California Poppies are in full bloom. 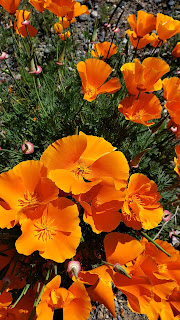 It was nice to get out for a few days.