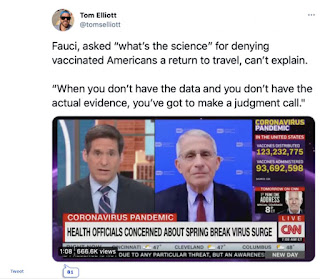 A judgement call would be based on the fact that antibodies actually work to destroy virus particles you might be exposed to. Lack of judgement would assume that c-19 is somehow uniquely different to every other virus. It's obviously not *judgement* he's using.