A few weeks ago a friend and I trekked to Midtown and North Sacramento for no real good reason. It was just a nice day.

Remember to click on the pictures to enlarge them. 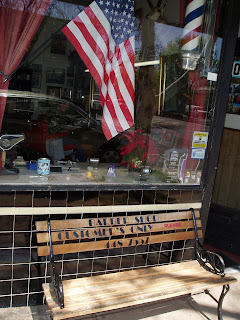 I go nuts over misused apostrophes, but at least these folks are patriotic. And polite. 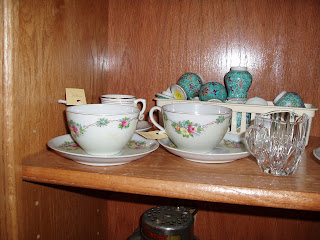 My sister collects English teacups, so I looked for some in an antique store. This set, though not English, struck me as most interesting. 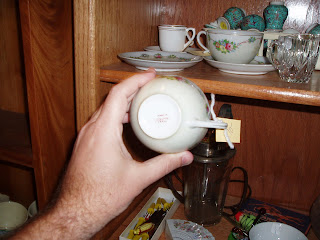 Make sure you click on the image to enlarge it to see what I found most interesting.

North Sacramento isn't known, shall we say, as an affluent area. People are trying to revitalize it, though. At one point we passed an old school building and I remarked that its style appeared to be that of the 1940s. Then I looked down at the curb I was standing on and saw this: 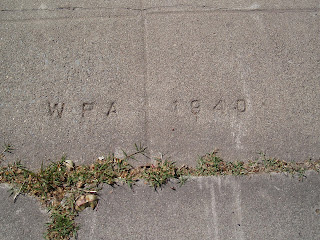 It was embedded into most of the driveways and curbs on the street. 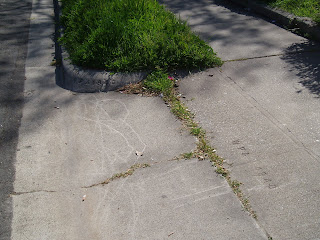 In the picture above and below you can see the WPA imprint on both the curb and the driveway. 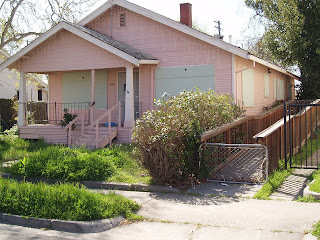 "Occupied Japan" printed on the bottom of a tea cup means it was made after WWII and exported.

I actually have a doll tea set that has pieces that say "Made in Occupied Japan." Sounds strange, doesn't it?

I know what it means. I just wonder why "occupied" was put on those items. Was it to assure Americans that the item was made by the now "good" Japanese as opposed to the prior "bad" Japanese? Was it a not-so-subtle reminder about the war that was recent?

I inherited a set of china my father brought back from WW2 Berlin. It's stamped: Germany U.S.-Zone

I'm pretty sure I have a saucer from the tea set. (I hosted a bridal shower tea years ago and picked up a ton of mismatched 'nice' china at Goodwill.) If you bought the cup and saucer, it doesn't fair well in the dishwasher.

My sister prefers English sets, so I didn't buy this one. Sorry to hear yours didn't like the dishwasher--this set was $10, are you interested in a replacement?