CTA Lies (What A Surprise) 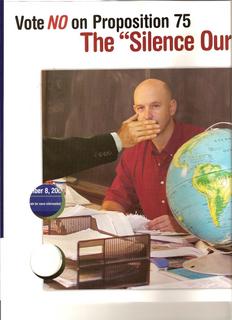 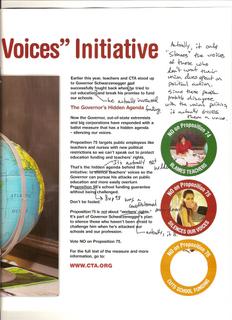 The California Teachers Association has sent out a several page "flier"directing us how to vote. Yes, they've taken dues money that I'm compelled to pay and used it to direct people how to vote in next month's special election.

The thought of that is sickening, it truly is.

But back to the situation at hand. In this propaganda leaflet they've sent out, they've outright lied. Have these people no shame at all?

Here's the double-page spread for Proposition 75, the "Paycheck Protection Initiative". Prop 75 will require public employee unions to get members' permission before spending dues money on political causes. Let's see what CTA has to say about this. One of my colleagues--and he's not a Schwarzenegger supporter--has added comments. I'll use or amplify them here, as appropriate.

CTA: Vote NO on Proposition 75, The "Silences Our Voices" Initiative.
Fact: No one is being silenced. If union members want to allow the union to use their dues for political purposes, they just let the union know it's ok to do so. Since it's highly likely that those who don't want their union dues spent on political action probably disagree with the union's politics, it actually gives them a voice.

CTA: "Earlier this year, teachers and CTA stood up to Governor Schwarzenegger and successfully fought back when he tried to cut education and break his promise to fund our schools."
Fact: Education spending increased this year, although there's debate about whether or not it increased as much as the Governor supposedly promised.

CTA: That's the hidden agenda behind this initiative: to silence teachers' voices to the Governor can pursue his attacks on public education and more easily overturn Proposition 98's school funding guarantee without being challenged.
Fact: Proposition 98 was an amendment to the state constitution. The Governor cannot overturn it, and neither can the legislature.

CTA: Proposition 75 is not about "workers' rights."
Fact: Actually, it is.

If CTA had any valid reason to oppose this legislation, they wouldn't need to use scare tactics and lies. That alone should tell my California readers why they should vote FOR 75.
Posted by Darren at 5:26 PM

UGGGHHHH. How dare you post such "FILTH" on line! And to think that someone complained about you posting a link that led to pictures of "older" women with saggy breasts! (Snicker)