After a long redeye airplane flight, and a short amount of sleep,we made it to Philadelphia. We've had a full day of sightseeing (click on the pictures to enlarge): 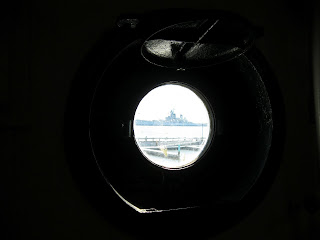 The USS New Jersey, as seen through a porthole on the Olympia, Commodore Dewey's flagship during the Battle of Manila Bay in the Spanish-American War. 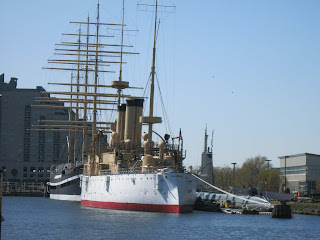 Olympia and the Becuna, a WWII submarine. 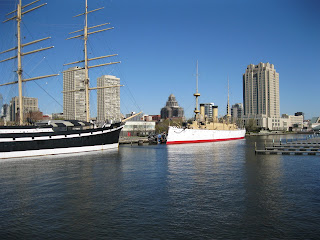 The bows of Olympia and the Becuna. The ship on the left is a restaurant. 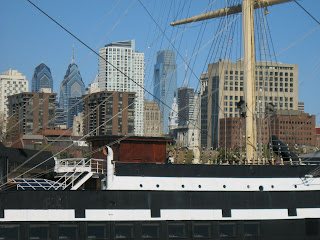 Old and new merge in more ways than one in this picture. 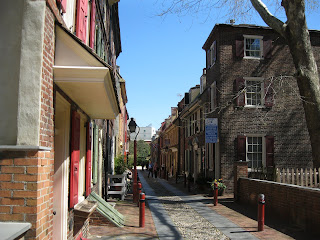 An alley in Old Town Philadelphia. 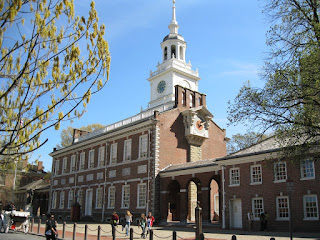 Independence Hall. A couple weeks ago I paid $3 to reserve "free" tickets for a tour, which consisted of seeing two rooms. Seriously. 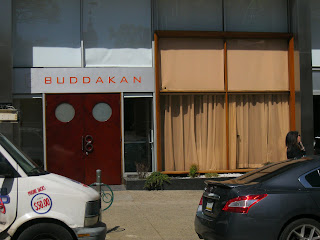 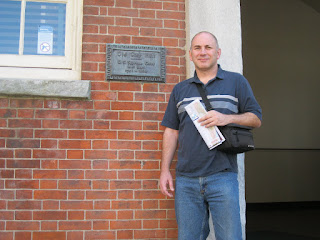 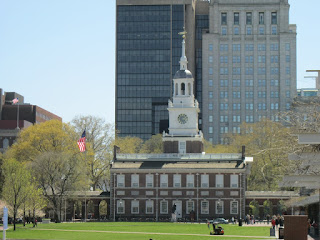 Another shot of Independence Hall. 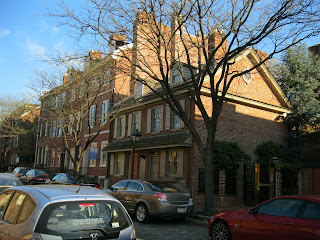 Up for tomorrow: Valley Forge, the Liberty Bell, Franklin Court, and Ben Franklin's grave.
Posted by Darren at 3:27 PM