Today I got back in the saddle.

Almost two years ago, on Saturday, April 23, 2011, I got spectacularly hurt in a rather mundane skiing accident.  Just a couple weeks before, Boreal had offered a special: buy a season pass, and it would be good for the remainder of the 2010-11 ski season and all of the 11-12 season.  I bought one, and was using it for only the 4th time when I had my accident.  I was unable to use it the rest of that season (which ran until the 4th of July!) and was out the 11-12 season as well.

Working with the general manager at Boreal, I was able to get the pass reissued for this season--and today I went up there, skiing for the first time in almost 2 years. 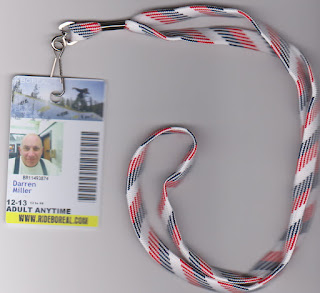 I admit to being somewhat nervous, in part because I didn't know what I'd be capable of and also because I now know the consequences of screwing up.  My first run was on a green (easiest) trail, and it was immediately clear that my injured leg is not "up to snuff", not anywhere near its pre-injury capabilities.  I was constantly aware of it--somewhat weak, and feeling "questionable".  I made a few green runs, but that was getting boring, so I tried some others--the terrain park and a couple of intermediate slopes.  I didn't do any of the terrain "features"--never could--I just wanted to ski over the mounds and through the narrow slides.  It was beyond my current capabilities and was probably dangerous so I only did it once.  I had enough confidence to make a few intermediate runs, just gliding back and forth across the trail so that I could stay in control and not risk any shenanigans from the knee.

I only skied for 3 hours, deciding that that was enough for a first time.  To be honest I thought I'd be able to do more than I did, but at least I got back up on the mountain.  I've got the rest of the season to improve. 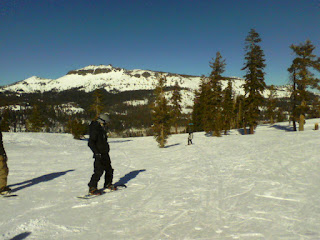 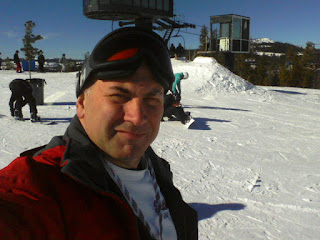 Here's to no more injuries!

Update:  On the way home I stopped at my aunt and uncle's place in Auburn to visit with them and grandpa, who will be 101 in a few weeks!
Posted by Darren at 7:12 PM

Congrats, D. Great to see you on the slopes. Even the greens can be fun. In all honesty, they're all I really do. And this season it's been more about cross country.

And props to Boreal for doing a really nice thing that they didn't have any obligation to do. It's nice when you get good customer service.

Glad to hear you have finally gotten to do something you enjoy....and now you have an idea about what needs to be done to help get your leg back to be able to hit the more challenging slopes!