I lived here in Colorado Springs when I was stationed at Fort Carson from 1987-1990.  There's so much here--Pikes Peak (drive or hike up), Garden of the Gods, the Air Force Academy, the US Olympic Training Center, Old Colorado City, and so much more.

A Swiss friend once told me about the Switzerland that they sell to tourists, and then the Switzerland for those who live there.  Here are a couple shots of the Pikes Peak Region for the tourists, taken today: 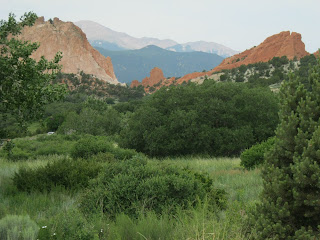 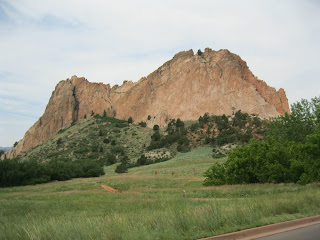 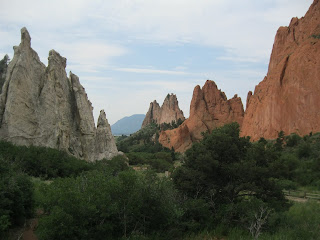 Can you see why they call it Garden of the Gods?  You can see Pikes Peak in the background of the first picture.

Not too far away is the Florissant National Fossil Beds.  I was expecting mammoths and such, but mostly there are petrified redwood trees and a valley that millions of years ago was a forest, then a lake and now... 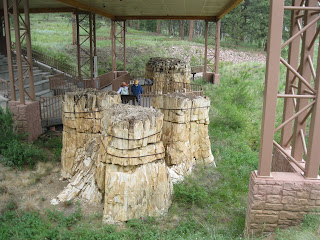 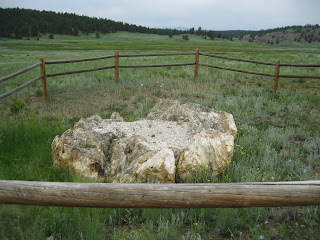 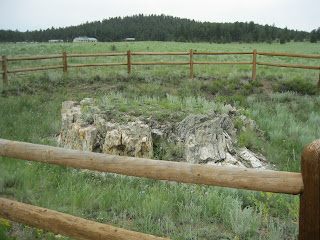 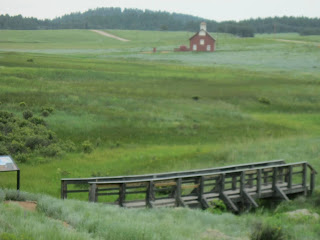 There are plenty of prehistoric fossilized fish, leaves, insects, etc.