After visiting Sedona, I decided to extend my stay in Camp Verde by another night so I could explore the surrounding area and town.  What's left of Fort Verde, an "Indian Wars" army fort, looked like all the other forts of that period!  Nearby was Montezuma's Castle National Monument, a Mesa Verde-type cliff dwelling that was abandoned around 1400: 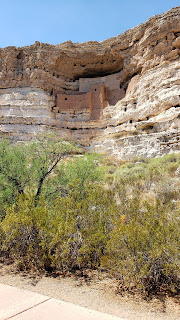 The next 2 nights I spent in Winslow, Arizona. 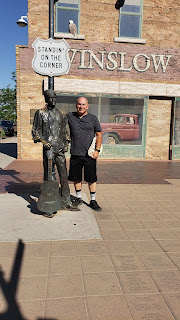 Yes, I stood on the corner (like you wouldn't!), and yes, I visited the meteor crater about 20 miles away: 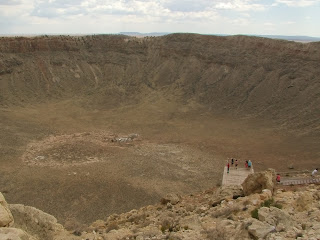 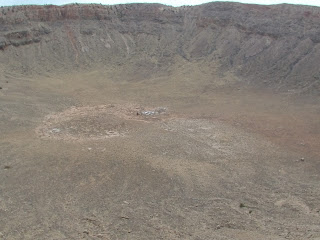 20-something miles on the other side of Winslow is the Petrified Forest, so I stopped there as well: 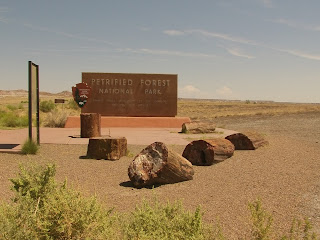 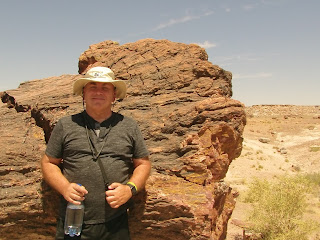 In that last picture I'm standing in the same spot as Albert Einstein did 90 years ago.

I went from south to north through the park, which means I ended up at the overlooks for the Painted Desert: 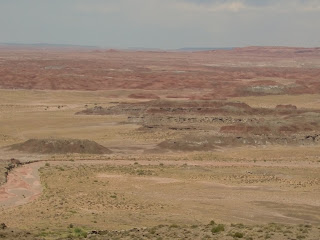 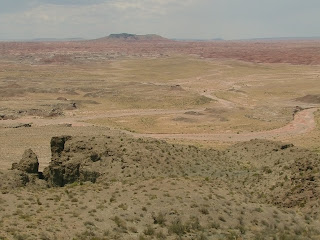 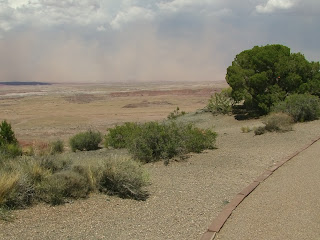 Watching that dust storm blow in from miles away was awe-inspiring.  The views brought this song to mind:

Now I'm in Albuquerque, where it looks like we might get an afternoon rainshower.  No, I won't be taking a Breaking Bad tour while I'm here, but I will go to the candy store that made the blue ice!

Now is a good time to bring up something for active duty military and veterans:  as of Veteran's Day 2020, we military and former military types get free admission to national parks and monuments.  Just show proof of status (the "veteran" designation on my driver's license was sufficient) and you will get in without charge.  So far I've gotten into Montezuma's Castle and the Petrified Forest at no cost, and will also see the Florissant Fossil Beds and Devil's Tower on this trip.  Of course I know that we didn't serve just so we could get into national parks, and part of me wonders if this set-aside is a good idea, but I'll take advantage of it for now.

How hot is it? I wonder if my brothers know about that national parks thing? Thanks for the information. Going to pass it along.

About 800 degrees. From what I'm told, though, it would be no different in Sacramento.