He's an incompetent Nazi.  Moved our embassy to Jerusalem, serenaded a Holocaust survivor, just issued orders using Title VI to protect Jews from discrimination based on religion or national origin at colleges and universities.  There's even a MAGA yarmulke on Amazon.

He's an incompetent Putin puppet.  He's sold weapons to Ukraine and imposed sanctions on Russia.  Remember when President Obama said we couldn't drill our way out of our energy problem?  Drill, baby, drill!  And keep drilling.  Last month the US became a net petroleum exporter for the first time in 75 years.  And we're going to sell LNG to the former Warsaw Pact, undercutting Vlad's state oil company.

Thank God we have Trump to roll over such bigotry in the name of diversity.

He can't even bumble right.  He's got the Mexican government preventing migrants from illegally crossing our border, and he's got more NATO countries living up to their treaty obligations regarding funding the alliance, among other things.

He's such a screw-up, I hope he gets an additional 4 more years in office.  Imagine how much he could screw up then! 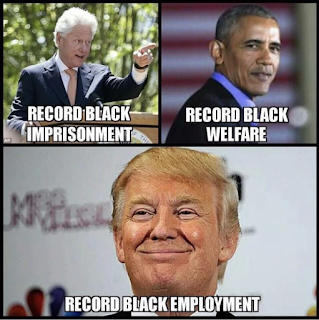 These same idiots call Ben Shapiro a "Nazi". Let that sink in for a moment.